Consumer Goods Prices are on the Rise 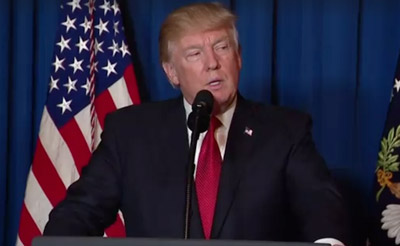 President Trump says the Federal Reserve is “the biggest threat” to his presidency.

He is afraid the Fed will create a new recession. “I think the Fed has gone crazy,” he said last week.

The stock market is noticeably nervous about the Fed as well.

But the Fed may be do more than hurt one presidency, affect one election, or usher in just another garden-variety recession.

Congressman Ron Paul thinks that the next recession, which will come sooner than later, could be the major catastrophe that leads to the end of fiat currency.

Dr. Paul agrees with Trump’s use of the word “crazy” to describe the Fed. “When not forced to use a government-created currency, individuals have historically chosen to use a precious metal such as gold or silver as money. The reasons include that precious metals are durable, and their value tends to remain relatively stable over time. A stable currency ensures that prices accurately convey the true value of goods and services.”

Meanwhile an era of crippling inflation is beginning to raise its ugly head.  More on that last week from the Financial Times :

“The world’s big makers of consumer goods are starting to raise prices on everything from soap to soup as rising costs of raw materials spread through supply chains to supermarket shelves.

“Companies including Procter & Gamble in the US and Unilever in Europe recently put shoppers on notice to expect higher charges at the checkout, and several other leading groups including L’Oréal, Reckitt Benckiser and Kellogg could add to this trend with their earnings reports next week.

“It is a marked change from earlier in the year…”

WHAT THIS MEANS FOR INVESTORS:

Rising prices are the equivalent of a decline in the value of your savings. In inflationary periods gold tends to anticipate price increases to come and is thus your best hedge against inflation.

Owning gold and silver is a good idea in inflationary periods. But it is an absolutely crucial financial survival tool for the period that Dr. Paul foresees, one in which the “crazy” Fed’s tired fiat money system stops working.

The Fed and Rates

Still Time for the Gold and Silver Strategy