Gold Made Slight Gains for the Week

Gold posted slight gains for this week after battling tough headwinds the last couple of weeks. It closed over $1,250. On Wednesday with the U.S. markets closed for 4th of July, gold hit over $1,260 on the global exchange. The dollar softened and fear levels were elevated this week over trade fear. Silver prices also had a slight gain. We’re still not seeing a flight to safe haven metals that would boost prices because the dollar is maintaining strength while other major world currencies devalue. 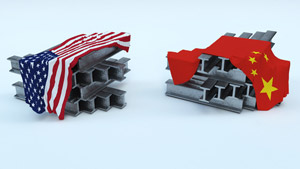 On Friday, the markets opened to the news that China had imposed the promised tariffs on U.S. imports, and the repercussions over trade war with China dominated the headlines. The tariffs on Chinese goods coming into the U.S. are going to impact sectors like airline manufacturing, the auto industry, and other industrial spaces. The Chinese tariffs are most significantly on things like pork, soy beans, and other agricultural products (among other).

A trade war in a rising rates economy. We’ve seen it before in 1930, and it’s a lesson that few analysts are reporters are paying attention to. Read back on our blog about the Smoot Hawley Tariff Act and what it did to economic recovery during the Great Depression. However, there is another factor to pay attention to here. In 1930, the trade war was primarily with Canada, a friendly neighbor. Right now it’s primarily with militaristic China, with whom the U.S. has never been exactly been friends (despite China being a primary holder of U.S. debt). Couple that with Chinese build up in the South China Sea and a U.S. naval presence in the Pacific that China is vocally unhappy about, and it’s a different equation entirely. It’s also worth noting that two U.S. warships sailed through the Taiwan Strait in the aftermath of the trade war announcement.

What this means for investors: Volatility. The markets and monetary policy makers are still feeling it out. There is certainly an increased risk sentiment though. We saw gold get a little boost on Friday, and if trade tensions continue to worsen, we will see more of it. 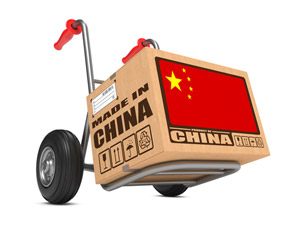 The tariff announcement triggered a sell off in the stock market Friday. Last week investors were already exiting U.S. stocks at near record pace. Outflows from U.S. stocks were the third highest ever at $24 billion and the largest since the financial crisis. A chief investment strategist at Merrill Lynch said that this selling was reversing a “pervasive euphoria” about U.S. stocks from earlier this year.

What this means for investors: Investors are shifting from stocks to safe havens like U.S. treasuries. Gold should eventually see higher demand too if the safe haven buying trend continues. Likewise in the silver market.

Fed Warns of Upcoming Volatility in the Economy

The Federal Reserve announcement this week was seen as more of a non-event for market movement. However, it is still worth noting what the Fed said. The announcement stated that the next planned rate hike would go forward as intended, due to the economy running strong right now. However, the officials also noted the trade war and tense geopolitical relations are raising risk and could start strangling growth and hurting business sentiment and investment.

What this means for investors: For the last few rate hikes, gold weakens beforehand, and rallies in the immediate aftermath. Rate hikes are usually negative for gold, but there are other factors to consider that are undermining that relationship. Fear in the Eurozone around ECB head Mario Draghi’s monetary policy and rising inflation expectations are keeping gold afloat. For more on what the end of quantitative easing means for gold, click here.

Looking Back at the Smoot Hawley Act after Trade Tariff Announcement...

What We’re Up Against: Government Accounting