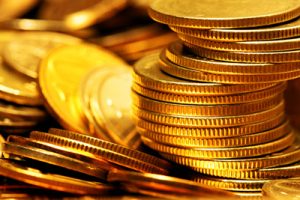 It was a quiet week for precious metals. Weak gold demand kept prices subdued continuing the trend from last week. Gold spent much of the week fluctuating just over the $1,250 mark. Silver closed out the week at $16.10. Friday saw metals slightly up with some pull back on the dollar. The stronger dollar has reined in gold prices for now. There was also significant sell off of both gold and silver this week, which brought metals down. Canada’s announcement that it would place tariffs on U.S. goods on Sunday also gave a slight boost to metals. Stocks trended similarly to gold being down most of the week.

Looming trade wars are actually boosting the dollar right now. Because of that, for now, gold prices are going to be against some pressure. Countries like China are having to devalue their currency, which helps the dollar. Canada and the European Union also engaged in trade tariff tit-for-tats with the United States. Falling oil prices as OPEC increases production has also dragged adversely on gold prices.

What this means for investors: There is uncertainty in the markets right now, but the uncertainty is over how the trade wars are going to play out. Safe haven buying of gold remains in a holding pattern, as the dollar’s support is keeping investors there for now.

When Is Gold Going to Pick Up?

There are many analysts confused by gold’s lackluster performance lately. In this video, Bill Baruch of Blue Line Research discusses long term possibilities for gold and the technical indicators.

Precious Metals Analyst Suki Cooper of Standard Charted Bank discusses buying the dip and why the second quarter of 2018 is going to be the weakest quarter for gold. 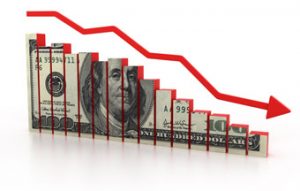 A key indicator of inflation in the U.S. just hit a 6 year high. The rise in the Personal Consumers Expenditures price index came even as consumer spending slowed. Weak spending could weigh on GDP growth in the second quarter.

What this means for investors: Rising inflation generally correlates to rising gold prices. The Fed is trying to allow inflation to run above target for a while, in fact, to compensate for growth rates. When inflation runs up, gold and silver are the best stores of value.

Bitcoin Down 70% in Half a Year 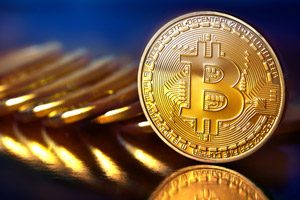 Gold as a safe haven is down right now. So are bitcoin and other cryptocurrencies. In recent years, advocates for crypto have touted it as being an alternative safe haven investment that could trounce gold. In fact, many enthusiasts have sold gold or other investments to get on the bitcoin train. However now it’s down 50% for the year, and even more than that off its high. In December 2017, bitcoin traded over $20,000. Now it’s struggling in the $5,000 range.

What this means for investors: Gold may be down right now too, but it has stood the test of time as a storage value. Blockchain technology used by bitcoin and cryptocurrency certainly has exciting potential for future application. However it’s volatile journey so far proves that it isn’t going to be gold’s replacement. Gold and silver are true money and preservers of wealth.

Gold Wins in a Currency War

The Gold to Silver Ratio Is Near 80 – Is Silver Undervalued?

Profiting from the Silver Skyrocket

The Fall of the Venezuelan Economy